Phew. What a year for games 2011 was? We saw blockbusters, major disappointments and even a few surprises. We got our PSN’s shut off and a new Xbox Live Dashboard — which may or may not be the best/worst thing ever.  Here’s what we, at Blast Games think was the best of a packed year. Agree? Disagree? let us know! Oh, and just a note, we decided to keep things fair, we would limit the platform specific awards to games that were actually exclusive to that platform — unless of course a game was incredibly better for one platform than the others.

Game of the Year 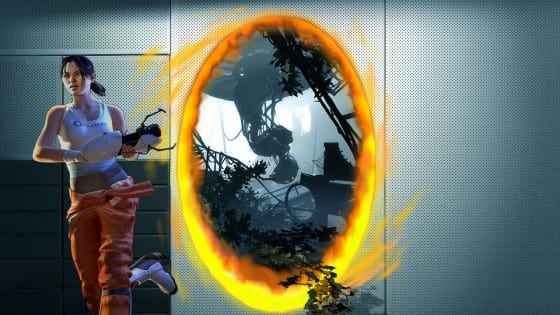 In a year of amazing games, Portal 2 stood out from the rest. It made us laugh, amazed us, and even brought a tear to our eyes. Valve’s followup to it’s critically acclaimed and cult favorite original puzzler was not only better than the original —  it eclipsed it. The writing? Superb. The voice acting? Unparalleled. Oh, and the gameplay? Portal 2 straddles the line between accessible and infuriatingly difficult.

Perhaps what makes Portal 2 so great can best be summed up by Matthew Root’s review, saying “Portal 2 is, simply put, an amazing game. The new gameplay mechanics make for even more incredible puzzle solving; the sense of scale is astounding; and the twisted, dark sense of humor remains hilarious.Buy it without hesitation, play it, and then share it with friends who don’t play games so they can see what they’re missing out on.”

Nominees: Gears of War 3, Forza: Motorsport 4, Once Upon a Monster, Bastion 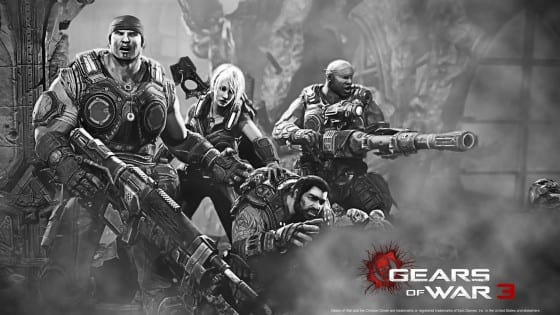 With Gears of War 3, Epic Games has taken the formula set by the first two games and tweaked it ever so much to create the perfect finale for their long running series. Everything you love is here, the chainsaw lancers, the grubs, the brumaks, but there’s also so much more.  The characters are deeper, the story is more engaging and the entire experience is deeply satisfying. Gears of War 3 is undoubtedly Microsoft’s biggest release of the year, and it’s also the best; one that if you own an Xbox – you simply have to experience.

Gears of War 3 is easily the best game in the franchise, and it makes its case for best Xbox 360 game period. It’s a deeply satisfying and at times touching game that takes the formula set forth by the previous iterations and tweaks it in just the right places to make an incredible gaming experience.

PS3 Game of the Year

I play most games in a predictable fashion. I sit down, play for a few hours and then I walk away. I do anything else. I let the game brew in my head. With Uncharted 3, I couldn’t do that, every time I tried to walk away, I was pulled back. I needed to know what happens next; and that my friends is the mark of a truly excellent game. Uncharted 3 is sure to wow you with its fantastic presentation, thrilling gameplay and all around complete package. This is a game that I can’t recommend enough, and your PS3 library is not complete without it.

Perhaps what makes the game so incredibly riveting to watch is just how well every part of the game works in unison. The story features absolutely brilliant pacing that rivals that of Hollywood movies, and the top notch voice acting combined with the stunning score and remarkable visuals makes for a great experience. With Uncharted 3, Naughty Dog has cemented their reputation as one of the best storytellers in not just the industry, but all of popular culture.  It’s seen in the relationship reveals, the stunning plot twists that make you rethink the entire strategy, and perhaps most importantly, the game’s feeling of resonance players are sure to have each time they step away.

Wii Game of the Year 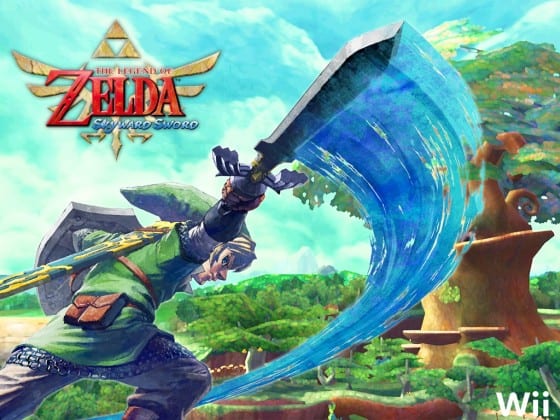 There weren’t a ton of AAA games for the Wii this year, but there was one that changed everything. One that represented what motion control can do and gave a long established franchise a brand new identity.

When Nintendo introduced the Wii, and motion control to the world, it made some hefty promises. Now, nearly six years later, with The Legend of Zelda: Skyward Sword, those promises have been delivered on.  This isn’t just the best Zelda game or the best Wii game, it’s also the first game that makes motion controls make sense. With its incredible production values, new gameplay ideas and most importantly heart, The Legend of Zelda: Skyward Sword is simply one of the best games I’ve ever played.

It’s only fitting then that after 25 years and a lot of gaming, I’ve finally got that same feeling back – and it’s another Zelda game.  With incredible production values, bold new mechanics and a wonderous sense of exploration; The Legend of Zelda: Skyward Sword feels an awful lot like falling in love with gaming again. Each time I booted it up, I found something new that I made it not only the best Wii title or the best motion controlled game but the best Zelda in franchise history – and that’s truly saying something.

When Nintendo introduced the Wii, and motion control to the world, it made some hefty promises. Now, nearly six years later, with The Legend of Zelda: Skyward Sword, those promises have been delivered on.  This isn’t just the best Zelda game or the best Wii game, it’s also the first game that makes motion controls make sense. With its incredible production values, new gameplay ideas and most importantly heart, The Legend of Zelda: Skyward Sword is simply one of the best games I’ve ever played. 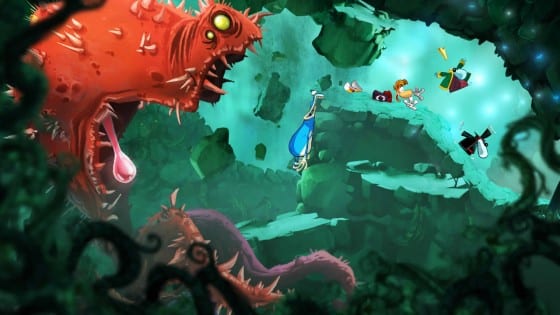 In a day of computer generated graphics, pixels and rendering,Rayman Origins stands out for its hand drawn animation, charming visuals and fun and original score. It may sound cliche, but they simply just don’t make ‘em like this anymore.

Rayman drips with charm and color. Each of the game’s worlds features remarkable hand drawn animation that literally pops off the 2D canvas. The detail in the levels are absurdly well done, and shows a remarkably varied palate. In one level for instance, you’re gliding through waterspouts in lush jungles, then the next you’re in a fiery volcanic level – -and each of them looks remarkably stunning. The game’s score is also remarkably well done, as I would do certain things in the game just to hear some of the game’s sound effects. It harkens back to a time that’s long gone bye in gaming, and perhaps most importantly, it’s packed with content. 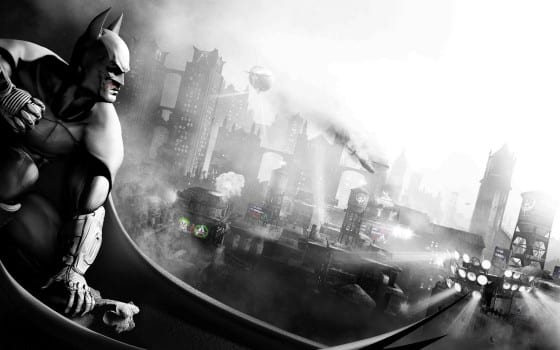 This could have been the toughest category of the year, but we just couldn’t get past how well done Arkham City’s score and voice acting really is. Sure, you can say that there’s a bit too much Nolan North, but every character, whether it be major, supporting, or just background is voiced so superbly. The work by Kevin Conroy, Mark Hamill..and yes, even Nolan North stands out as not only believable, but unforgetable.

What sealed Arkham city’s win? The joker infused symphony that plays while you hunt down thugs in the Steel Mill. 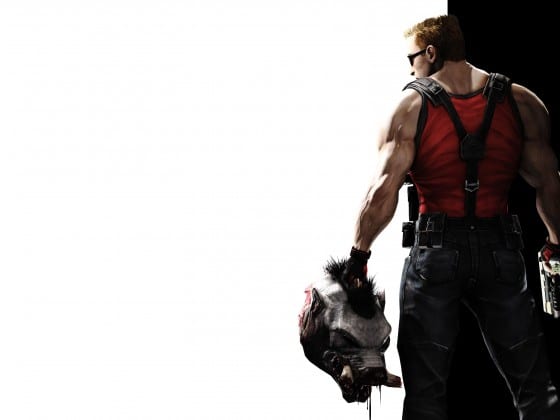 How could it not be?

Right from the get-go, Duke Nukem Forever looks ages behind most modern day shooters. Textures are messy and undetailed, there’s a ton of slowdown and screen tearing and the entire game just looks unpolished.Character models look robotic and outdated as well. Okay, I get it, Gearbox wanted to keep the spirit of the original game intact, they wanted it to look like it’s still from that era of gaming, but they better hope that the rest of the world, and not just the gaming public is in on the joke, and are willing to pay $60 for a game that looks like it’s decades old.

Of course, the appeal of Duke Nukem has always been it’s take no prisoners in your face adult humor. It’s here (the first  two minutes feature quicktime events of the game’s protagonist peeing and then ability to pick up poop and throw it), but unfortunately it too feels dated. Remember movies like Team America: World Police and the famous political scandals of the 90s? Because Duke Nukem and Gearbox sure do. 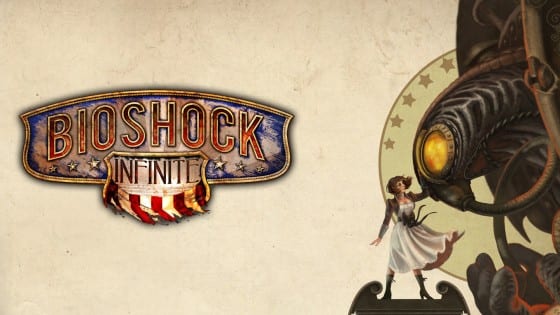 Looking back at 2011, one event sticks out, seeing the behind closed doors demo of Bioshock Infinite. I wrote the following words in my notebook regarding what I saw : “Amazing, outstanding, complelling…HOLY SHIT.”

Yes, Diablo III and Mass Effect 3 are going to be amazing, but every time we see more of the game, the wait until it comes out (no date has been announced, so it’s even worse) seems longer. With Bioshock Infinite, Ken Levine and Irrational Games are not only looking to redefine the series, but create their own revolution in the process.

We can’t wait to actually get out hands on it.