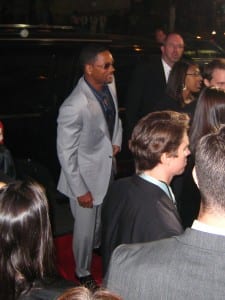 The Fresh Prince is no longer welcome to live with his Auntie and Uncle in Bel Air.  Janet Hubert, who played the original Aunt Viv on Fresh Prince, recently told TMZ that Will Smith is an “asshole” and that she would never reunite with him.  Hubert was referencing the recent picture Smith posted on Facebook of the whole cast together, sans Aunt Viv.

Hubert blames Smith for her firing from the show, she revealed to TMZ. She said she refused to suck up to Smith, so she was let go.

“There will never be a reunion … as I will never do anything with an asshole like Will Smith. He is still an egomaniac and has not grown up,” Hubert said. “This constant reunion thing will never ever happen in my lifetime unless there is an apology, which he doesn’t know the word.”