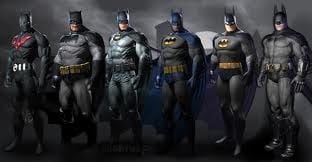 Yet to beat Arkham City but you really want to lay waste to gang members and Nolan North as Frank Miller’s older and more grizzled Batman from The Dark Knight returns? You’re in luck!

Warner Bros and RockSteady Studios has announced that as a thanks to fans and the media showering the game with praise, a “cheat code” is now available in Arkham City that allows users to instantly use any of the Batman skins they’ve acquired for the game. Don’t have any suits yet? Later today a free download of a skin based off of Grant Morrison’s Batman Incorporated Storyline.

To activate the code, press left, left, down, down, left, left, right, up, up, down at the main menu (right after you select your save slot).

Great news considering I’ve said all along what you shouldn’t have to wait to use DLC you’ve bought.