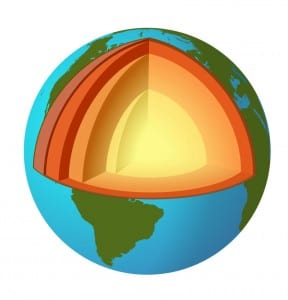 Recent experiments found that metal undergoes a never-before-seen transition when it is exposed to extreme pressures and temperatures, similar to those near Earth’s core.

Scientists at the Carnegie Institution for Science introduced Iron oxide to these conditions, and the metal was then able to conduct electricity.  Depending on the temperature, the metal has the ability to be a conductor or insulator. However, there were few changes in its structure, BBC reports.

These findings may affect our small understanding of Earth’s magnetic fields, although the implications are still inconclusive.

The scientists subjected the substance to temperatures up to 2,200C and 1.4 million times atmospheric pressure, according to BBC.

“Our new results show, instead, that iron oxide metalizes without any change in structure and that combined temperature and pressure are required,” said Ronald Cohen, a co-author of the study according to BBC.  “Furthermore, our theory shows that the way the electrons behave to make it metallic is different from other materials that become metallic.”

Iron Oxide and magnesium make up a lot of the Earth’s mantle, and these new results create an electric link between the mantle and the core, according to the new properties that Iron Oxide accepts under pressure and high temperature.  Therefore, scientists are able to peer a bit further into the magnetic field that radiates from the core .