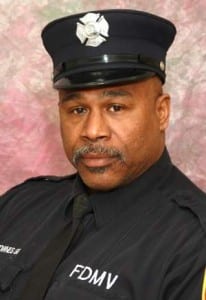 MOUNT VERNON, N.Y. — A firefighter suffered an apparent heart attack and died early Thursday morning while he prepared to fight a house fire on Lorraine Ave.

A call was made to the fire department just prior to 3:00 a.m. reporting a strong odor of smoke emanating from the basement of 124 Lorraine Ave. Townes was driving the third truck to arrive and was told to put on his gear outside of the home. While preparing to fight the fire he suddenly collapsed in the bushes. Officials said that another firefighter on the scene who was a trained paramedic used a defibrilator on Townes, briefly reviving him. After sitting up for a moment Townes collapsed again.

Efforts to revive Townes continued at Mt. Vernon Hospital but proved to be unsuccessful. He was pronounced dead at 4:04 a.m.

Townes was a former marine who worked at a GM assembly plant before becoming a fireman.