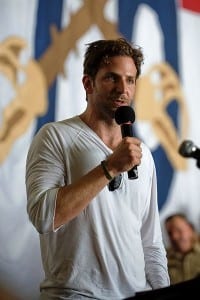 Bradley Cooper, a main character in the first two installments of what will now be the Hangover trilogy, appeared on the Graham Norton Show in England to promote the series’ second film. During his appearance, he mentioned the production of a third film, saying “I personally want to do it. I hope we’re going to start shooting in September. I know Todd Phillips is working on the script.”

Apparently, the next addition won’t follow the same pattern the first two did. Cooper said “We adhered to the formula in the second one, for those of you who’ve seen it, and the third one, which would close the whole sort of trilogy, which now it would be a trilogy — even though we thought we would never make a second one, let alone anybody see the first one — I think it will take place in Los Angeles and maybe not adhere to the structure. It might be different”.

The second Hangover film earned $581 million worldwide, ranking as the highest-grossing comedy of all time.