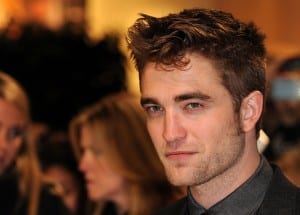 Apparently, nothing she needs to worry about.

The couple is separated as Kristen Stewart films for “Snow White and the Huntsman” in London, but, despite rumors, her vampire beau appears to be remaining faithful.

On Friday, pictures surfaced of Robert Pattinson leaving a bistro, La Poubelle, in Los Angeles with Sarah Roemer, which led, inevitably, to a flurry of concerned fans. The truth is, sometimes people in relationships are around the opposite sex, and it doesn’t necessarily mean they’re cheating. And, reportedly, the two were hanging out within a group. A source present at the club said “It was all very innocent. There were no signs that he was cheating on Kristen with Sarah or that anything romantic was going on”.

So, fans of the couple need not concern themselves with the fate of their relationship — yet.