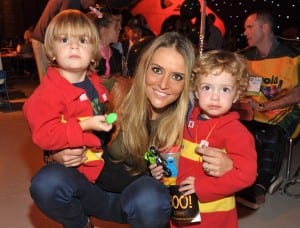 Brooke Mueller, ex-wife of Charlie Sheen and mother of their two sons, was arrested in Aspen on Friday for possession of cocaine with intent to distribute and third-degree assault.

The 34-year old was arrested at Belly Up, a nightclub in Aspen, after a woman reported that an assault had occurred. She now faces a class-four felony and class-one misdemeanor charge. Chief Deputy Assistant District Attorney, Arnold Mordkin, said to the Aspen Times “She’s obviously a person who attracts a lot of media attention, and we will handle this case just like we handle all cases. She’ll get treated like we treat everybody else.”

Mueller was released after posting $11,000 bond, but was ordered to appear in court on December 19.

This isn’t the first time Aspen has been exposed to publicity involving Mueller. On Christmas in 2009, Charlie Sheen was arrested for an alleged domestic dispute with Mueller, his then wife.