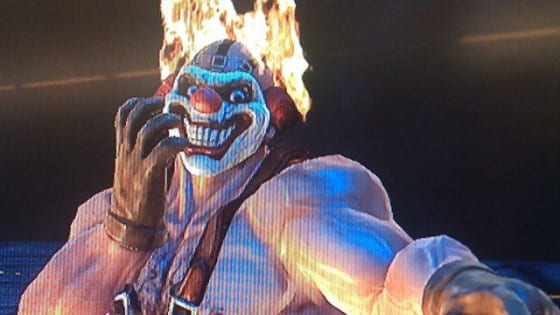 If recent rumors are true, Sony could be working on its own Super Smash Bros style mascot fighting game pitting characters like Sweet Tooth for Twisted Metal against Nathan Drake from Uncharted or yes….even Parappa the Rappa.

The rumor, first reported on The Paul Gale Network, suggests that the title named Title Fight (at least temporarily) is in development at Superbot Entertainment. Then things got even more interesting — NeoGaf members went digging and found a slew of info including shots of Superbot employees testing out fight sticks (no known fighting game is currently known) and the image to the right, a supposed in game model of Sweet Tooth.

The Verdict: It looks like this is happening as all of that evidence is hard to ignore. Most likely we’ll get some sort of reveal at this year’s E3, though it could come as soon as this year’s Spike TV Video Game Awards show, which happens in under two weeks.