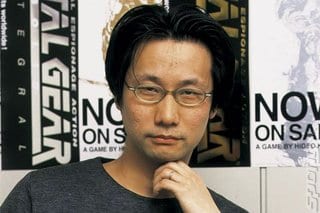 The internet has been buzzing lately with talks about Metal Gear Solid 5 possibly being announced soon, so naturally everyone seems really excited. You know who doesn’t seem excited though? The game’s creatorand producer Hideo Kojima. In an interview with The UK’s official PlayStation Magazine, Kojima gave a less than enthused answer when asked about the possibility of a new Metal Gear game.

“I think we’ll probably have to make it at some point, but what that will be, we have no idea,” Kojima told the magazine. The designer also downplayed his role in the project as with any future metal gear game, ” “As far as my involvement in the project is concerned, [it] probably won’t be as much as it was with MGS1 – maybe I can do just one stage! For MGS1 I made the maps myself, laid out the enemy routes myself, did everything hands-on – that level I can’t do again.”

But wait…that’s what he said about Metal Gear Solid 4.

“I intended to take it to a certain point and then hand it off, but that didn’t work,” Kojima said regarding is work on MGS 4. ” It’s hard to convey the concept to other people then have them take the reins and carry on and preserve that vision.”