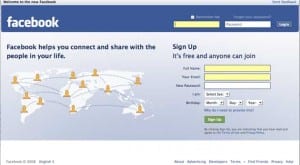 One of the first things I do upon waking up in the morning is roll over, my eyes squinting with lethargy in the semi darkness, and check my Facebook. About an hour later, as I brush my teeth or apply my makeup, I check it again. Throughout the day, whether in class or eating lunch I am always ready to check up on the lives of the few hundred people who make up my list of friends. Facebook, and its odd mix of voyeurism and real human connection, has attracted millions upon millions of people to join. It and the newly popular Google+ have a strict policy of only allowing members to join if they are willing to share their real name.

These “nymwars”, as they have dubbed on Twitter, are raging between those who want to remain separated from their online personas and websites like Facebook that remain steadfast in their affirmation that requiring the use of real names leads to better online behavior and an easier way for others to find you on the internet. In many ways, this is a debate that leaves me with mixed feelings. As someone who is young and lives for Facebook and social networking, it is difficult to understand why anyone would want to hide themselves. For most of my friends, the entire reason for having a Facebook is to show off those drunken pictures from Friday night, or the ring your boyfriend just gave you. The point of Facebook , at least as I see it, is to let the world see the best and happiest parts of your life, even if they tell a lie about who you are.

The fact that my name attached to everything I do while on Facebook has  prevented me from speaking up on a rude status or posting an embarrassing photo. The fact that other people, people who actually know me and see me in the hallway or at work the next day, will see what I have said and done online has definitely stayed my hand from doing pretty stupid things. Then again, I am somewhat conservative in my activities because there are undoubtedly people who post and say outlandish things without worrying about the real world consequences their statements cause. It does make me wonder though, would those kind of things happen more often if Facebook allowed us to operate under an alias? I tend to think so.

To see the dark side of the internet, the side with people who say rude and horrible things indiscriminately is very easy. All you need to do is go to an article on Kim Kardashian or a story about President Obama. The comment sections of these pages are rarely full of thoughtful and well articulated answers. Instead they are littered with comments that are racist, ageist, sexist, and any kind of “ist” you can think of. In the real world are the people behind the fake names in the comment section that hateful? Would they be able to look the same person they are bashing in a forum in the face and say what they have written? Probably not, and it is for that reason alone that I am more inclined to believe that it is better for social networking websites to have policies of real names only.

Even though Google+ has recently relented and will now allow pseudonyms, I cannot help but think a victory has not been won. Bullies and those who would seek to hurt others online depend upon the ambiguity that internet handles give them. Yet, supporters of internet pseudonyms are adamant that Facebook and others only want real names, not because transparency of identity is morally correct, but  because they profit by giving those names to advertising companies. This may be true, and I am personally annoyed when I get advertisements on Facebook. But in reality, they really aren’t obnoxious enough to warrant a call for names to be hidden. Proponents of pseudonyms also say that this ambiguity protects those who could otherwise not voice their opinion. Whether it is a young gay man in a small town or a woman who is the victim of abuse, without the protection of obscurity they would not be honestly state what they believe. i am in complete agreement with these sentiments, but I feel like these occurrences are too rare to outweigh the bile that people who are hiding behind a fake name spew while on the internet. I am aware that my actual name is one of my most important assets in my life, and I use it on the internet with caution. The fact that what I say holds me accountable makes me wiser, and couldn’t we all do with a little more wisdom?