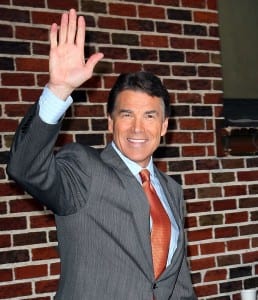 Rick Perry, in a debate Wednesday night in Michigan, made the mistake of forgetting one of the three government agencies he announced that he would cut if he were president. But, the Texas governor brushes the blunder off as a simple memory slip, saying “All of us make mistakes. I’m a human being. And the issue here is that I had a lapse of memory. So many federal agencies were coming to mind that I forgot the one I was trying to think of, which is the Energy Department”.

Still, the presidential candidate acknowledged his mistake, saying “I admit I may not be the best debater, the smoothest politician on the stage,” but he says he is “an individual of substance when it comes to creating an environment where jobs can be, in fact, the focus of the entrepreneur class out there that are creating those jobs that Americans really need now”.