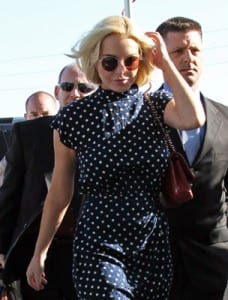 The first set of naked pictures taken for Lindsay Lohan’s upcoming spread in Playboy was apparently unsatisfactory.  The magazine has called the jailbird back for a second shoot, according to Fox News.

Lohan posed for the magazine before heading to hail to serve 30 days for violating her probation.

Her spread will appear in January, and she will take home close to $1 million from the job.

Hey, everybody has to make money, and it’s hard when you’re behind bars.  Maybe this is the star’s first show of pragmatism in a very long time.