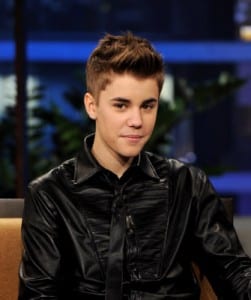 Justin Bieber is embroiled in the midst of a baby-daddy scandal.  That’s right, the 17-year-old pop sensation is rumored to be the father of 20-year-old Mariah Yeater’s baby, born three months ago, according to Boston.com.

The woman alleges in a letter to Star Magazine that she had sex with the singer backstage at an L.A. show with no protection.  Yeater may have filed a paternity suit against Bieber, according to E! Online.

TMZ reports that the “Baby” singer claims he has never met the woman who says she mothered his child, and certainly has not had sex with her.

Bieber tweeted “Im going to ignore the rumors…and focus on what is real. an opportunity to help by doing what i love. Judge me on the music! Love yall!”