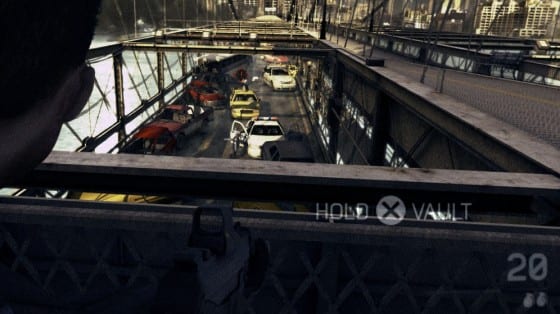 Fusible has discovered that Ubisoft has registered the websites rainbow6patriots.com and rainbowsixpatriots.com, giving us our first clue at the name of the upcoming next entry in the tactical shooter series.

Following the report, a NeoGaf user who claims to have connections close to the game commented that the title, with the Patriots name will be formally unveiled next month in the UK’s Xbox World Magazine.

“Last night I got home with the assets; logos, arts, the covers and rendered game screens from a buddy that I know in marketing,” the Neogaf user posted.  “I will not going to show anything for the moment as I will let the mag do his work, but what I can tell is that the logo is 6 with the pistol that replace the bottom circle. The arts backgrounds are with the New York in fire and the renders characters are very similiar to Homefront, yet the clothes are still based with police rainbow six gears. What I understood the plot will go between a large group of revolutionary terrorists and of course the police.”

Earlier this year, a source close to the game told Kotaku that the then unnamed game would be a “darker and grittier take” on the series.