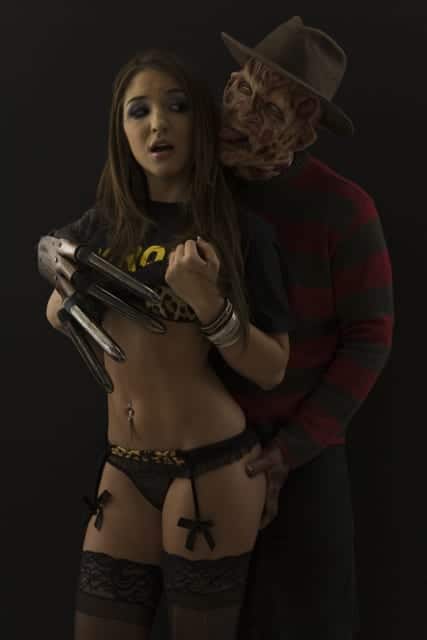 Freddy Krueger is back, and he’s ready to make you scream with fear and pleasure–that is, if burned flesh, a raspy voice and long metal fingers are what you’re into.

“Horror and sex go together perfectly,” says Myers. “Both get hearts racing, though with different outcomes.  Mix in some humor, and we have sexy, scary and hysterical parodies true fans can enjoy.”