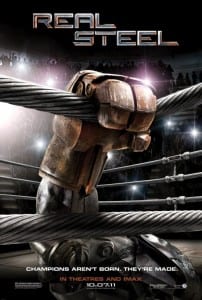 The $110 million robot fighting film from Dreamworks stars Hugh Jackman (“X-Men Origins: Wolverine”) and attracted a primarily male audience, according to Disney. Also, 44 percent of the filmgoers were under 25 years old.

The other films comprising the top five films of the weekend carried over audiences from last week.