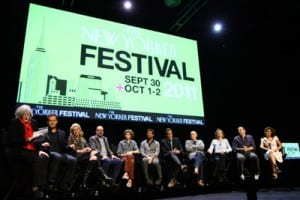 At a cast reunion on Sunday at the New Yorker Festival, the creators and cast announced a new “Arrested Development” spinoff, and talked about plans for a movie.

The spinoff will be nine or ten episodes long, focusing on each character and providing a lead in for the new movie, according to creator Mitchell Hurwitz.  The first scene of the movie will be the characters of the show reuniting.

“Arrested Development” starred Jason Bateman, Michael Cera and Portia de Rossi, who played members of a dysfunctional family that was in the real estate and frozen banana company.

The new spinoff is supposed to start shooting next summer, according to Boston.com

The movie is still in the works and being negotiated.