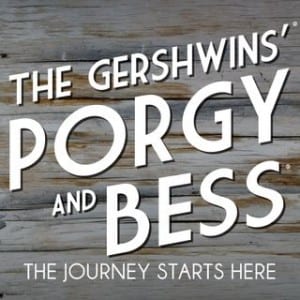 Looks like the controversy surrounding “The Gershwin’s Porgy and Bess” is officially over. At least in the Hub.

At 4 PM, Mayor Thomas M. Menino will declare Friday, September 30, 2011, “The Gershwin’s Porgy and Bess” Day in the city of Boston, according to an A.R.T. press release.  He will make the announcement at the historic Colonial Theater on Boylston Street, where the original “Porgy and Bess” premiered, 76 years ago. Representatives of the Gershwin family will be on hand as well as director Diane Paulus and cast members Audra MacDonald (Bess) and Norm Lewis (Porgy), city officials.

Emerson College president, Lee Pelton will also speak. Emerson owns the Colonial, which is Boston’s longest continually running theater but has been dark since July due a dispute between the college and programming partner, Broadway Across America. Today’s announcement promoted Pelton to tell the Boston Globe that Emerson is close to an agreement with Citi Center to reopen the venue soon.

“Porgy and Bess” opened at the Colonial at a time when it was common for producers to test out their work in Boston before bringing it to Broadway. The first performance of the opera lasted over four hours, prompting its writers to labor over cuts on an after-show stroll through the nearby Boston Common. “The Gershwin’s Porgy and Bess” adapts the original opera into the form of a musical. It features new dialogue written by playwright, Suzan-Lori Parks, which adds new dimension to its characters and new additional music by Diedre L. Murray. The production premiered at the A.R.T. and plays through October 2 at the Loeb Theater in Cambridge. This production too is headed to Broadway—but not before the city of Boston publicly stakes its claim.