There is a three month period, between when the air is too thick to breathe and the apocalyptic snow fall, that New England becomes arguably the most beautiful places in the world. The fall season of September through November, a time when 70-degree weather reigns and the foliage paints a natural landscape, is the reward for living for in the area and a true call for celebration.

And as every true New Englander knows, no celebration is complete without the correct beer.

The Northeast is privy to some of the better brewers in the country and has its share of standards. But as you belly up to your favorite bars and shop through your regular package stores, why not take advantage of fall 2011 and give a new beer a try. 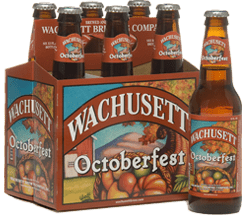 The Wachusett Brewing Company, the Westmister-based brewer which is mainly known for its economically priced blueberry flavored beer, also releases an Octoberfest seasonal. A thicker brew that comes off slightly bitter, the beer has a slightly less warm temperament than most of the autumn releases. But any fan of the Blueberry brew will enjoy this seasonal offering.

Magic Hat, South Burlington VT’s own pride and joy for strange brews, has come out with the Halloween theme seasoned Hex Octoberfest. Holding up Magic Hat’s reputation for strong taste and thick constancy, Hex is not something that can be sipped in a relaxed manner. Fans of hops will not be disappointed.

Locally brewed in Boston Beer Works, this pumpkin beer is a fine example of something original in the way of autumn beer. An odd combination of smooth taste and strong spice, the beer goes down quicker than some of the more bitter seasonals, but let it be said it will get on top of you quick. (Only available at Boston Beer Works) 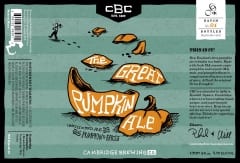 Straight from the best kept secret in The People’s Republic comes The Great Pumpkin Ale. A specialty brew from the Cambridge Brewing Company, this fantastic offering marks the first time the company has actually bottled its beer. The Great Pumpkin has a great taste and good consistency, with its only real flaw being that it’s a rare find in most stores.

It is an unfiltered ale, and the company is promising better availability this year “cuz we’re making a LOT of it.”

Those who have been around the area may have noticed Shipyard Pumpkin beer making its mark on several large chains and bars around the area. But what you may not know is that the Portland Maine company makes another brew known as Smashed Pumpkin. It is only available at a limited amount of liquor stores (and only in pint sized bottles) but this beer is worth the looking. Amazing flavor, good consistency, and 9 percent by volume make this the best $10 you spend all fall.

So there you have it. Blast Magazine’s top five under the radar New England brewed beers for the fall seasons. Go out and enjoy the weather and ale while you can, because we’ll be walking through six to twelve inches of snow before you know it.