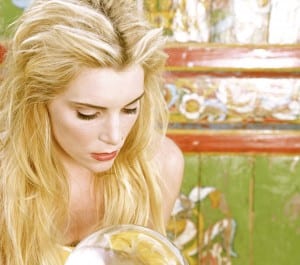 The name NOVI comes from the Latin phrase “Homo Novus”, literally translating to “New Man”, a play on words that Carolyne Neuman, the electro-pop sensation, has crafted as a stage name for herself as she flies to the top of the music charts with her catchy new single “Blackbirds” from her EP “Now I’m Here.”

Whether fans call her Carolyne, NOVI, or the Nov, this singer and songwriter hailing from Ashland, Ore., is causing a commotion in the music industry with eight tracks that she has been working on for three years now with her best friend and producer Lee Miles. The album is due to release this fall.

As NOVI described “Blackbirds” she said, “It was totally meant to be a joke. Miles and I had been writing some heartfelt pop-rock and one night in my bedroom I was drinking some wine and screwing around on Garage Band.” She continued, “I sent it to Lee and he said he woke up singing the hook.”

The duo has also aired a music video for “Blackbirds” to supplement the single’s release.

NOVI is uncertain about releasing the EP this fall as she prefers to add more tracks and release the album as an LP. 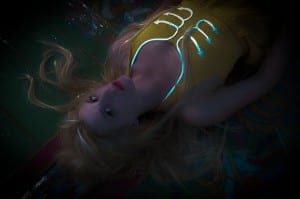 After a few “sappy and crappy” demos, as NOVI described it, she moved to Los Angeles and made the transition from wanting to do comedy shows and acting to performing musical arts.

She said, “It was when I met Lee that I knew this was the thing I wanted to do.”

NOVI told how her surroundings in Oregon and Los Angeles seriously influence her tunes. She gets her edge from her small town upbringing and got a reality check when she realized everyone in LA has been in the industry their entire lives, making her late in the game.

“All of those things are real to me and when I sing about them they’re true,” NOVI said. “I’ll always have my hometown roots, but it’s a happy balance to have both towns in my life.”

Coming from an artist who is a big believer in music with meaning, NOVI said that each song has a different message. She described how each track represents a different moment in time and the feeling that comes along with it. “Blackbirds” ideally speaks of bringing levity into peoples’ lives while “Dominos” is an ostentatious slap in the face.

For the most part NOVI’s lyrics are all straight from her own mind, but at times she described, as she’s writing, she’ll imagine she’s someone else to discover what their perspective would be in a certain scenario.

Big names in the music industry like Imogen Heap and Adele came up in conversation as a few of NOVI’s favorite artists as of lately, but Florence + the Machine stands out as NOVI’s latest artist of choice.

Talking about the group’s music, she said, “I felt like Florence Welch just did something to me and brought me to a place. I could barely clap.”

In the future, NOVI is determined to conquer her late start in the game and stay innovative as she expands her repertoire of new music.

“It’s easy to get stuck in some sort of deal where you have to do things a certain way,” as NOVI spoke of creativity. “Don’t be afraid to make a certain song that will make people cringe.”

At this point in time she has a few things in mind for expansion including putting together live shows, creating a NOVI brand, and reviving her passion for comedy. Eventually NOVI wants to create a personal record company on her own.

Live performances remain an obstacle to overcome and a rite of passage for NOVI to reach in her career.

She said, “When it comes to singing these songs live, I get super nervous and shaky.” However, the electro-pop goddess highlighted how after she performs live she comes out feeling like the most powerful person on the planet.

“It’s just so rewarding every single day,” NOVI said. The ability to express herself creatively is one among many rewarding aspects that the singer takes away from her career in music.

Although the singer denied the idea of live performances at the moment, for more updates on NOVI and her EP “Now I’m Here”, follow her on Twitter, Facebook, or visit her homepage at iamnovi.com.