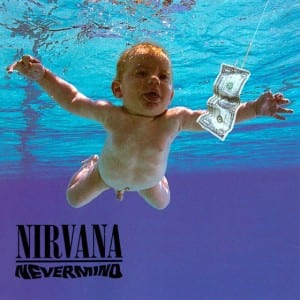 This weekend marks the 20th anniversary of the defining album of the 90s grunge scene. Nirvana’s “Nevermind,” turns the big 2-0 on September 24, and as a present to the public, a special reissue of the album will be released.

“Nevermind” was in the right place at the right time, and the right record,” said bassist Krist Novoselic told Billboard. “It blew the whole lid off of what was called ‘alternative music,’ which is a label I never liked. Even ‘grunge’ was way better [of a label] than ‘alternative’ music. There was no alternative; it was the new wave of rock…

The album marked a cultural paradigm shift for young people and served as an influence for many bands.

“At the time, if you kind of go back into the history of rock, there were no songs like that. It was about…’I’m on the road baby. You’re not going to see me tomorrow because I’m moving on,’ you know,” said fellow grunge band Pearl Jam’s manager Kelly Curtis to NPR about why bands like Nirvana and Pearl Jam were important to Rock n’ Roll.” And so here comes Eddie Vedder writing these songs about, ‘I’m still alive; your real daddy was dying.’ It’s like, it was so real and authentic that he and Cobain, and many of the other musicians that were writing so soulfully and powerfully from their hearts, you know, took over the landscape of rock.”

Nirvana showed the public a side of music that they had never seen before; the raw, unrefined, kind of fuzzy emotion pouring from singer Kurt Cobain’s vocal chords was new. Nirvana was unraveled and uncut, but they made it cool.