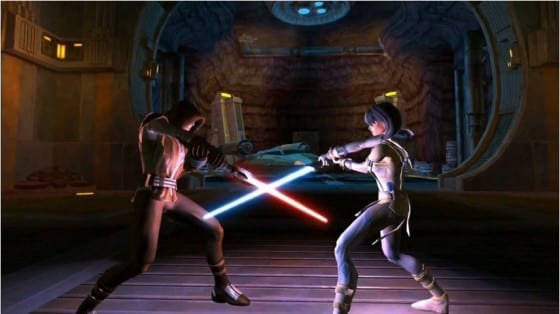 You’ve been waiting a long time for Star Wars: The Old Republic and now…you could be waiting even longer.

Speaking to a group of investors, EA CFO Eric Brown revealed that a release date won’t be announced until late October; “In terms of timing we haven’t given a street date yet,” Brown said. “We won’t do so for some time, possibly at our next upcoming earnings call towards the end of October.”

Then Brown confirmed what gamers have feared for quite some time, the long awaited, long in development game could slip to next year. “”We did hold out a slight possibility that it could slip to our March quarter,” he said, “and the factors that would cause a slip is, for example, us not being completely satisfied with the scalability testing, and wanting to tune it for several extra weeks.”

Bioware’s Stephen Reid has said that the comments were not supposed to be made public, but stands by Brown’s comments, saying that the slip to next year is only a possibility and not a promise.

If the game does get delayed, it won’t be the first Star Wars title to be delayed this month, Star Wars Kinect was recently pushed back to the first quarter of 2012.