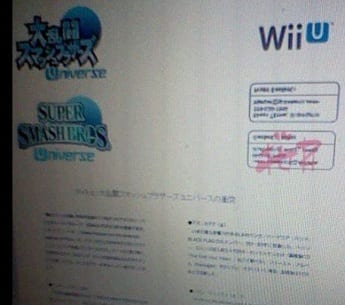 We’ve known that a new Smash Bros game is in development for the Wii U and the 3DS since this year’s E3, but if a supposedly leaked photo of an internal Nintendo Spec sheet is to be believed, we may finally have a title.

The photos, which popped up this morning around the web seem to be for a game called “Super Smash Bros Universe,” and bears the Wii U logo. Get it? U-niverse. Wii U? Ahh Clever.

Don’t take it as a sign that development is moving along on the title though — project lead Masahiro Sakurai took to his Twitter account to address the progress of the game following the leak.  Sakurai noted that all of his attention is currently going towards Kid Icarus: Uprising for the 3DS, and progress on Smash Bros won’t progress until Uprising is finished.

By the way, Uprising was recently delayed until next year, so don’t hold your breath.