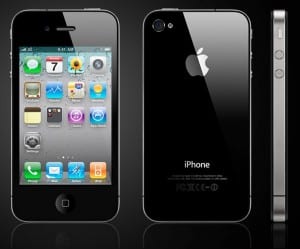 Sprint Nextel is planning to offer the iPhone as early as next month, and as it does with other smartphones (and as soon in its commercials) the company says it will offer an unlimited data plan for Apple’s super-phone, according to Bloomberg.

But as CNET points out, that isn’t likely to last very long.

AT&T and Verizon Wireless both got rid of unlimited data, in favor of tiered pricing options, after the iPhone came to their networks. The iPhone comes with a price for mobile phone carriers — it eats an enormous amount of data from up in the clouds.

The new iPhone would likely overburden Sprint Nextel’s 4G network, forcing it to do the same.

The CNET article cites an analyst that expects Sprint to continue using its unlimited data advertising campaign to lure customers away from AT&T and Verizon, and then pull a switch.