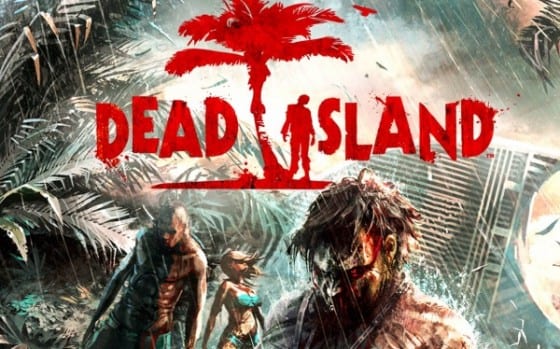 Dead Island is a classic example of art imitating life. By the very definition of the term, Dead Island can easily be considered to be a bit of a

zombie itself. Originally scheduled for release in 2008, the game was repeatedly delayed and assumed killed off until a new emotional trailer featuring a family fighting for their lives against a horde of undead invaders hit the web and instantly went viral. Back from the proverbial dead, Dead Island was set to be an emotional and gripping take on the zombie formula.

Or at least it was supposed to be.

Half a year and a ton of hype later, Dead Island’s final product isn’t what you thought it would be – and that’s not an incredibly terrible thing. With its interesting twist on the growingly stale zombie apocalypse genre, Dead Island has some great ideas, they just don’t feel as well thought out as they could be. At its best moments, it’s a thrilling horror survival game, but at its worst – it’s a dated, limited, lethargic and confusing experience.

The clear strength of Dead Island lies within its setting. The isle of Banoi is lush, tropical and offers picturesque views, an significantly different world than most games dealing with the zombie apocalypse.  The change in setting works wonders for the game’s survival horror feeling as you’re not (well, at least for most of the game) looking around the same corners as you would in most games as the tourist resort is full of small twists and turns that you’re not going to expect. Some of the best moments of the game involve walking past an area dense with hills and trees and you’re suddenly startled by the scream of the undead when you have absolutely no idea where it’s coming from.

Perhaps that’s the genius of Dead Island, rather than focusing on merely wailing on zombies at every turn, the focus is clearly on survival. You’re rarely ever going to run into a horde of undead and have to fight your way through (though, fear not, it does happen), rather the game throws a few zombies at you, but places them in all of the right places. It’s an extremely cool feeling to round a corner and see a ton of bodies, and one of them slowly gets up, looks at you and begins to charge.  It’s a frequent occurrence to hear a growling undead from somewhere and then have to quickly adapt your strategy.

It may have the walking dead featured prominently, but Dead Island feels like no zombie game before it. It’s probably easiest to describe the game as Fallout meets the zombie apocalypse. You choose your character based on skill specialty (one for example is more proficient than the other in throwing weapons, while the other’s specialty is brute weapons) and level up as you progress through the game’s sidequests and finding items. As you level up, you’ll gain access to new weapons and the ability to combine these weapons at workbenches found throughout the island.  While this may sound great, it’s also where the game begins to fall apart. The game puts absurd restrictions on the weapons you can use depending on what level you are. Like an old wrench for example.. You mean I can’t just pick up a rusty wrench from the ground and start wailing on zombies? Nope. You’ll have to unlock certain levels first. I get it, I really do; it’s a way to progress through the game, but it’s a little frustrating when you’re searching for weapons as you’re being chased down by zombies and the only thing you can find is something you’re not able to use.

In games like Dead Rising and its sequel, you were similarly asked to look throughout the environment for weapons and items to help fight off the undead horde. In those games, the question instantly became “Can I do this?” and the answer was mostly yes, but in Dead Island, it’s a frequent no. See that surf board leaning up against the lifeguard tower? Wouldn’t it be swell to take that and beat the hell out of a few zombies? Well…you can’t. That’s just a piece of the scenery, have this canoe oar instead.  Oh, that pool umbrella over there? The one with the pointed end that could impale a zombie? You can’t use that either, can I interest you in this canoe oar instead (yeah, there’s a lot of those in the game).

It all plays a part in just how dated Dead Island feels. A good majority of the weapons feels remarkably the same, and you’ll end up grinding your way through a good portion of the game.  A lot of my play time went like this: grab weapon, swing wildly, clear area, repeat. You can make the point that this is the point of a game like this, but here, it all feels so uninspired.  On the same note, the island and its sweeping vistas may look impressive, but the characters and their animations look like they’re straight out of the early days of this console generation.  The voice acting is rather well done though.

My final complaint about Dead Island may be a small one, but it’s just as important. Now, I’m the guy who when given the choice, will normally choose the “good guy” route in most games, but even though I wasn’t given the choice in Dead Island, I felt like a douche the entire time. Regardless of what character you choose, you wake up in your hotel room unsure of what’s going on, you know nothing about the undead roaming around; all you really know is that something is going on and it’s probably a good idea to get up. That doesn’t stop you from digging through people’s bags and luggage to find supplies and money, oh, and deodorant. Lots of deodorant.

The Blast Factor: Dead Island is like no other zombie game you’ve played, and that’s both a good thing and a terrible thing. At its best, it’s a zombified take on Fallout, but at its worst – it’s a dated and uninspired action title with little to offer in the end. Regardless, if you’re a fan of zombies or action games, you should at least check out Dead Island, even if it is disappointing.