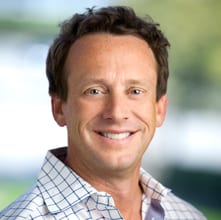 What’s with all the gaming cat fights latelty ammirite? The latest hair pulling and name calling comes from Sony Computer Entertainment America’s Rob Dyer, senior VP of publisher relations, who’s taking a shot at rival Microsoft and its policies that require an Xbox Live Arcade game to be released on the platform first, before being sold anywhere else — like the PlayStation Network. Specifically, he’s targeting Microsoft’s European VP of interactive entertainment Chris Lewis who recently defended the company’s policy.

“I think what Chris and the other representatives at Microsoft are doing is protecting an inferior technology,” Dyer told IndustryGamers. “I think they want to dumb it down and keep it as pedestrian as possible so that if you want to do anything for Blu-ray, or you have extra content above 9GB, or you want to do anything of that nature, you’d better sure as heck remember that Microsoft can’t handle that.”

Dyer went on to say that Microsoft’s policies are hurting not only their relationship with the developers, but the consumer as well. “So potentially any time we’ve gone out and negotiated exclusive content of things that we’ve announced at things like DPS or E3, publishers are getting the living crap kicked out of them by Microsoft because they are doing something for the consumer that is better on our platform than it might be perceived on theirs. So from a creativity standpoint and what we are doing to try to make it better for the consumer, our view is Microsoft’s doing everything they can to eliminate that because they have an inferior technology.”