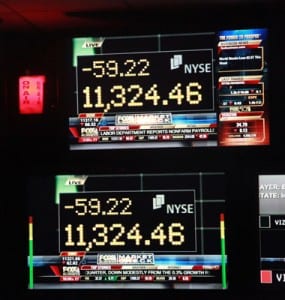 Netflix stock dropped almost 9 percent on Friday after an announcement that the company will not renew its deal with Starz Entertainment, which supplies content from Walt Disney Studios and Sony Pictures, according to the LA Times Blog.

This means that movies from these companies will not be available on the online video site once the agreement expires in February.

Although some on Wall Street are skeptical about Netflix’s future, others feel that Netflix must simply fill the void with different content.

“Netflix now has six months to find content to fill the potential void and we view the lowered valuation as very compelling,” said Ingrid Chung of Goldman Sachs, reports the LA Times Blog.

“We believe Netflix has a clear indication for what content is worth and the fact that it is willing to let Starz expire suggests to us the company is staying disciplined,” said Anthony DiClemente of Barclays Capital.

Others feel that subscirbers will be turned off at the loss of movies such as  “Tangled” and “The Karate Kid.”

“Disney and Sony movies are a cut above the standard Netflix streaming…. Netflix appears to be moving toward lesser-known, older content while raising prices… [which] risks dampening domestic subscriber growth,” Barton Crockett of Lazard Capital Markets said according to the LA Times Blog.