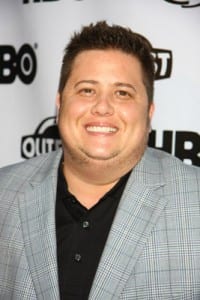 Chaz Bono, son of Sonny and Cher, will appear on the upcoming season of Dancing With The Stars. Coincidentally, that may be the most controversial sentence I’ve ever written because I didn’t include “transgender” or “former daughter.”

ABC has received a slew of hatred and criticism for casting Bono on their show because he is a female-to-male transgender person. Furthermore, the media won’t let you forget that Bono is a transgender person.  Every article about the upcoming season flaunts the fact in some way.

“When ABC announced that Chaz Bono, the transgender son of Cher and Sonny Bono, would be competing on Season 13 of Dancing With the Stars…” said hollywoodreporter.com

“Bono, the only child of Sonny Bono and Cher, was born female but legally changed his gender and name last year,” said reuters.com

TMZ even looked into whether Chaz would be paired with a man or woman, despite the fact that all men are paired with women on the show and vice versa.  The site continued to note that Bono is only “legally” a man, rather than saying he is physically, mentally and self identified as a man.

I think Cher put it eloquently when she Tweeted, ” Bet VAST MAJORITY of People will LOVE CHAZ on DWTS! & it’s took Fkg Guts 2!”  This can probably be decoded as “Way to go Chaz, fuck everyone and do what you like.”

Cher’s empowering Tweets were in response to the harsh criticism both ABC and Bono have been getting over the casting decision.  Many people have taken to ABC’s message boards to say they are offended, will no longer watch the show or to accuse the network of pushing a homosexual agenda.

“We don’t have an agenda of any sorts. I think of the 120 celebrities we’ve put on the show, we’ve had, I think now, three transgender or gay contestants. If that’s a homosexual agenda, we’re not doing very well at it,” Conrad Green, DWTS executive producer told hollywoodreporter.com. “What we try to do is reflect a broad range of the entertainment world in the casting of the show, and we’re always trying to find new things that people haven’t seen, new types of stories and that’s what we’ve been doing this season.”

It’s upsetting to me that ABC has to limit the number of gay or transgender people they cast on the show in order to please an audience.  Correct me if I’m wrong, but if they limited the number of African American or Latino people on the show to appease the audience, that would make the audience racist, right?  Well this is discriminatory as well. America wouldn’t stand for a racially segregated show, so why would it propose this type of segregation?

While I understand that the same rights that allow me to write this article are granted to those who hatefully take to the message boards, it saddens me.  It hurts that the right is used maliciously and with complete disregard to human rights. That is, the human right to life, liberty and the pursuit of happiness, which Bono is on the hunt for, without infringing upon the rights of others. So what gives these angry commenters the right to infringe upon his? Nothing.

Let the man live, and let him dance.