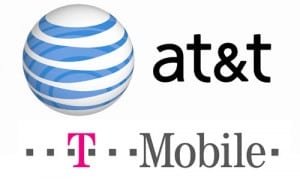 The federal government is taking steps to block AT&T and T-Mobile merger on antitrust grounds.

The Justice Department took the step by filing suit to stop the merger, saying it would hurt competition and drive up prices, the Wall Street Journal reported.

The Justice Department added that AT&T can propose fixes in the deal that would satisfy the government.

The massive $39 billion combination of two of the “big four” American mobile phone companies would create a company with 130 million subscribers, surpassing Verizon as the No. 1 wireless company in the US.

The third place wireless company, Spring Nextel Corp., is also against the merger.

AT&T stock was down nearly 4 percent on the news. Sprint was up nearly 10 percent.