At the beginning of August, the New York Times ran a preview of the show as it’s set to transfer to Broadway in the winter. Headlined, “It Aint Necessarily Porgy,” the article by Patrick Healey, frames the production as an experiment. It reveals that the adaptation will include new scenes, invented biographical details about the characters and a more upbeat ending, Paulus, Parks and McDonald are quoted explaining the ways in which they feel these changes will benefit an audience more familiar with Broadway musicals than opera. Healey places this effort in the context of the opera’s checkered performance history and closes by citing an endorsement from the estates of the Gershwins and lyricist DuBose Heywood.

More than a little skepticism has greeted the article’s revelations. According to a post on the Times ArtsBeat blog, “Nearly all the readers who responded expressed some degree of concern over this effort to refresh this landmark of American culture for modern audiences.” The blog post links to a particularly incredulous response from Village Voice critic, Michael Musto. Then it drops the bomb: a sarcasm-drenched Letter to the Editor from none other than Stephen Sondheim decrying the project and ridiculing just about every quoted statement by Paulus, Parks and McDonald. 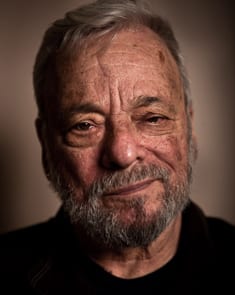 “To begin with, the title of the show is now “The Gershwins’ Porgy and Bess.” I assume that’s in case anyone was worried it was the Rodgers and Hart “Porgy and Bess” that was coming to town,” he offers as an opening volley, adding, “what happened to DuBose Heyward? Most of the lyrics (and all of the good ones are his …”

Sondheim lambasts Paulus for suggesting that some the characters in “Porgy and Bess” need fleshing out, “Ms. Paulus says that in the opera you don’t get to know the characters as people. Putting it kindly, that’s willful ignorance. These characters are as vivid as any ever created for the musical theater, as has been proved over and over in productions that may have cut some dialogue and musical passages but didn’t rewrite and distort them.”

“She fails to recognize,” he continues, “that Porgy, Bess, Crown, Sportin’ Life and the rest are archetypes and intended to be larger than life and that filling in “realistic” details is likely to reduce them to line drawings.”

He’s even more barbed in responding to Paulus’ assessment of her audience.

“Then there is Ms. Paulus’s condescension toward the audience. She says, “I’m sorry, but to ask an audience these days to invest three hours in a show requires your heroine be an understandable and fully rounded character.” I don’t know what she’s sorry about, but I’m glad she can speak for all of us restless theatergoers. If she doesn’t understand Bess and feels she has to “excavate” the show, she clearly thinks it’s a ruin, so why is she doing it? I’m sorry, but could the problem be her lack of understanding, not Heyward’s?”

He swipes at McDonald for stating that Bess is “often more of a plot device than a full-blooded character,” countering that “she’s always full-blooded when she’s acted full-bloodedly,” and ridicules her for suggesting that there is a great love story she which she feels her cast can bring to life. “Wow, who’d have thought there was a love story hiding in “Porgy and Bess” that just needed a group of visionaries to bring it out?” he wonders.

As for Parks, Sondheim responds to her speculation that if Gershwin, “had lived longer he would have gone back to the story of ‘Porgy and Bess’ and made changes, including the ending,” by saying, “It’s reassuring that Ms. Parks has a direct pipeline to Gershwin and is just carrying out his work for him.”

When asked for comment by the Times, Paulus’s response was terse and diplomatic, “The entire creative team and cast have the most enormous love and respect for ‘Porgy and Bess,’ and we are grateful for the support and encouragement we have received from the Gershwin and Heyward Estates for this production.”

It appeared as if she was trying to end the debate as swiftly as possible—an unsuccessful enterprise. According to the Times ArtsBeat blog, letters poured in support of Sondheim’s critique and, unsurprisingly, arts reporters around the country jumped on the story, eliciting opinions from their own readers.

Certainly, the notion of adapting an esteemed opera into a Broadway musical with a brighter ending, smacks of a watering down with commercial motives. It’s not difficult to understand Sondheim’s skepticism. I’d add that Paulus’ track record with adaptations is mixed at best, remembering in particular her A.R.T. debut, “The Best of Both Worlds,” an adaption of Shakespeare’s the Winter’s Tale which neutered most of the language and relied on hackneyed African American stereotypes like jerry0curled soul singers, and ghetto pimps and ho’s.

Sondheim and Times letter writers may be proven correct, but I still feel that “Gershwin’s Porgy and Bess” is innocent until proven guilty. This is an experiment, and the primary mission of the A.R.T. from its inception through present day is to approach canonized works with fresh eyes. That’s what I will try to do on press night.

Read the Times article the sparked the controversy, here. Read the blog post featuring containing Sondheim’s letter here. Buy tickets for “Gershwin’s Porgy and Bess” and decide for yourself, here.

Currently in previews, “The Gershwins’ Porgy and Bess” plays at the A.R.T.’s Loeb Drama Center through October 2.