The news that Steve Jobs is leaving Apple has rocked the tech world over the past week. Beyond that, Apple’s momentous rise over the past two years has made it one of the most valuable companies (and stocks to own) in the US.

But that success hasn’t been going on forever. Sure Apple gave us the iPod, iPhone, and iPad, but here are five products that just plain failed. Rotten apples, you could say: 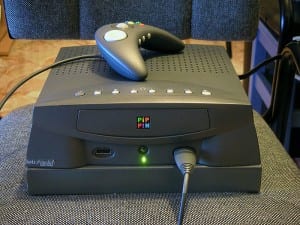 This gaming console PC cost way too much back in the day, and it’s modem made things impossibility slow, even by 1996 WWW standards.

Considering that N64 was about $200 back then, the Pippin never stood a chance. 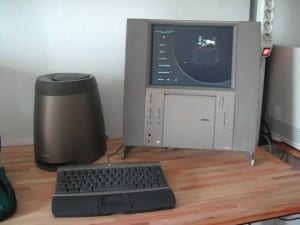 There were some innovations here. The TAM was one of the first desktops to use an LCD screen. It also had a Bose speaker system that sounded amazing, and its design was futuristic and playful. For that reason, it was not a total failure. 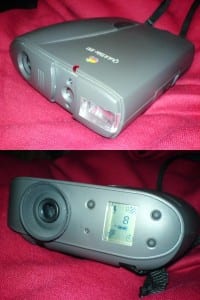 If the QuickTake came out in the late 80s or even 1990, it would be marveled, up there with the Apple II, as something revolutionary, that helped usher in a new generation of tech toys.

But it came out in the mid 90s, when a dozen other companies were racing to put out much better products.

The QuickTake was one of the first digital cameras.

But it only took pictures in 640×480 resolution, had no focus, and only stored eight photos.

The camera was also designed to work with a Mac, instantly limiting its market share.

The technology is there. The clouds are there. There is and was nothing revolutionary or impossible or really even that difficult about what MobileMe was designed to do: allow users to access and edit their photos, files, contacts, and calendars from a remote location.

The problem was simple: It didn’t work correctly when it launched. The buggy launch of MobileMe helped usher its demise, along with a 50-cal slug from iCloud. 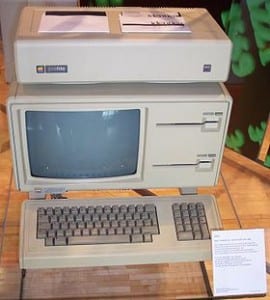 Reportedly named after Jobs’ daughter, who was born when development started, the Local Integrated Software Architecture computer was Apple’s first try at a GUI-driven computer.

The computer was marketed at businesses, but it’s $10,000 price tag drove away even the hungriest greasy-handed IT department computer nerds.

Some would say the Lisa was a success because it helped usher in the Macintosh in 1984, but that wasn’t the case at all. Businesses and home users flocked to IBM’s cheaper personal computers in the early 80s, cementing the PC as the dominant platform. Apple would never recover.

For that reason, we name the Lisa the biggest failure, in our minds, in Apple’s history. The company rules the tablet PC market and a good chunk of the mobile phone market. It has a monopoly on the portable music market. But it has never, and will never, dominate the desktop computer market, and part of the reason is because IT departments almost always buy the same “type” when they upgrade, partly because of software costs. Therefore, WINDOWS is still what’s in nearly every office and most homes.

OK, so nobody likes the ROKR. They still bought it — a lot of them did.

At least 16 different Motorola ROKR cell phone models have been built since 2005, with the latest coming out in June 2009. It is a phone designed to carry your iTunes music. If that’s all you want, and some phone calls, then the phone worked fine. No reason to add any additional hate. No matter how lame the piece of crap is.

Not an Apple product, but it was a Steve Jobs product. Apple bought it eventually. The computer didn’t sell well, and the platform it was built on was short lived, but this product is not a failure for one simple reason: In 1991 it was used to create the first web server.

Can’t call the Newton a failure. It was the first PDA ever. Apple CEO John Sculley actually coined the phrase “Personal Digital Assistant.” So what if it cost too much and the Palm Pilot would soon demolish it?