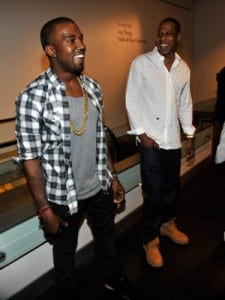 The rappers, who just released the number one album “Watch The Throne,” will join Lady Gaga, Adele, Lil Wayne and many more at the awards.

Their performance is supposed to be a surprise, so few know when they will actually go on.  Billboard.com speculates that they may join Beyonce’s performance, as one of their songs features her on the chorus.

Both Jay Z and Kanye performed at past VMAs.  Kanye debuted a track from his most recent album, “My Beautiful Dark Twisted Fantasy,” and Jay collaborated with Alicia Keys on “Empire State of Mind.”