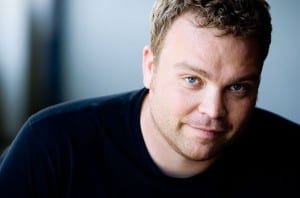 Powell kick-started his career during his early elementary years by performing acts for his family, and he went pro once he graduated from college and moved to Los Angeles. He said his start in the big leagues was due to some dumb luck.

The actor said he mainly sticks to playing the bad guys, but enjoys a good goofy best friend role. Bic, he describes, is the comic relief in an intense film.

“We’re four guys trying to play football together and do construction work,” he said. “It’s a small town thing and the best years of our lives are in high school, then it’s all downhill from there.”

He said that Bic is the kind of funny guy that keeps the audience off balance.

Powell’s character wasn’t an original role in Peckinpah’s film, but Powell feels that the addition and ‘fleshing out’ of all the previously crafted straw dogs was the right path for Lurie’s remake of the psychological thriller.

He said, “Having four straw dogs seemed to make more sense to the director. Before there was no comic relief, but with the addition of Bic, it breaks the intensity of the film.” The actor classifies “Straw Dogs” as not your typical movie.

Powell also noted the comradeship that developed between himself and his co-stars throughout shooting.

He spoke highly of Skarsgard, saying “Alex hadn’t really blown up yet, but all of a sudden he’s everywhere. It couldn’t have happened to a nicer guy.”

He continued to describe how towards the end of shooting Skarsgard had developed lines of fans waiting in the hotel lobby that they were residing in. To the screaming fans’ dismay, it was Powell who ended up spending extra time with Skarsgard on golf outings during their leisure time. 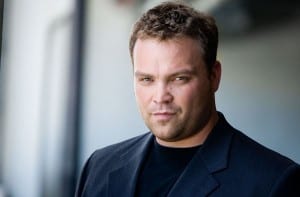 In contrast to Powell’s previous record of television series work, he described the movie remake process as a kind of pre- and post-mortem job. He said the 40-year gap between the original and the remake allowed for a unique update on the cult classic film.

He said, “I don’t think anyone is trying to say this film is better than the original, but it’s an update. Hollywood loves a remake.” In the end, Powell added that it’s definitely different working on a film as opposed to a television series because there’s more time and money put into maintaining stability for the production.

In addition to “Straw Dogs”, Powell is starring in “Touchback” as Dwight Pearson, a bizarre version of Bic as the actor put it. He said Dwight is a goof ball and a happy-go-lucky small town guy.

As of recently it has been rumored on the internet that Powell will also star in the film production “Dark Star Hollow,” however Powell banished the rumors as a complete hoax.

“Look if you’re going to put me on a film without my permission, give me a better role than state trooper #2,” he said plainly.

Powell stressed that he has nothing to do with the film.

Powell said he has no preference between filming family-oriented and thriller productions, but hopes to undertake future roles in films similar to “Straw Dogs” and “Touchback”.

In between his most recent film productions, Powell has claimed his role as a bear in “The Pee-Wee Herman Show on Broadway”.

He described, “It’s a mute dancing bear that only Pee-Wee can understand. At the end of the play the bear comes out and has a heart-to-heart with Pee-Wee.” Powell also plays the voice of Mr. Window, the flowers, and Randy.

Powell showed admiration for Paul Reuben’s “legion of fans” that ranged from Comic-Con enthusiasts to an older crowd that watches the show with their children.

“He’s a one of a kind artist and you won’t find anybody else like him,” he said.

For more information on Drew Powell and his acting career, visit his official website, and stay tuned for the release of “Straw Dogs” September 16.