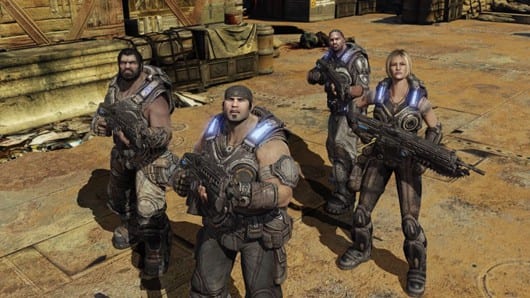 So you’ve somehow scored a copy of Gears of War 3 early and you want to tell the world about it. Be careful, Epic is watching you. In fact, Epic is ready to bring the ban hammer down on those caught posting spoiler videos.

“We’re extremely diligent about getting that stuff taken down and issued a call to fans to not perpetuate it… and just keeping track of those who do,” said Rod Fergusson, Executive Producer. “I don’t think everybody’s aware of the potential repercussions of those types of actions.We have a banning system built into our stuff so we can go in and identify certain people. Some people aren’t smart about what they do. They’ll be disappointed on 20th September when they can’t get in and can’t play. They may be banned”

Kids, don’t steal. And if you do steal, don’t spoil. Let’s all be cool.