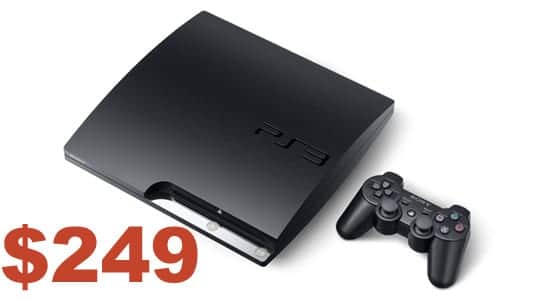 While the announcement will no doubt spark a firestorm of “OMG PS4 to be announced!” headlines, the price drop is likely done to compete more directly with the console’s direct competitors, the Xbox 360, which retails for $199 ($299 with Kinect) and the Wii, which goes for $150 with Mario Kart bundled in.