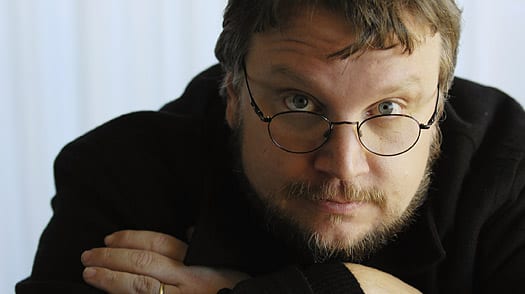 Hey, remember inSane, the game announced at last year’s Spike TV Video Game Awards but never spoke of again? You know, the one that famed director Guilermo del Toro said would be so scary that you’d “wet your pants?” Well, apparently it’s shaping up quite nicely.

Even though the game is still years away, the famed director tells MTV that the he’s excited about where the project is going. “We’ve been working for a year. We have two or three more years to go. It’s huge.It’s Lovecraftian, it’s really weird, but it’s Lovecraftian in a very sick way, which I like. It’s truly, truly entertaining,” continues del Toro. “Full of action, but also a very shocking game. Guy Davis, to me, is one of the best monster designers alive right now.”

Del Toro also commented on how massive the process of creating the game has been.

“We had to build a sandbox, so we designed all the architecture already, I’m a huge gamer but going into constructing it, you have to be respectful of the medium. I’m learning a lot. Talking about the storyline for weeks. We’ve been designing the creatures, which are obscenely fun and unique. You haven’t seen them ever.”