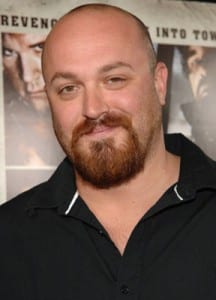 The creator of The Boondock Saints announced the pre-sale of his new documentary “Off The Boulevard,” which he produced with Santo Films.

Troy Duffy describes his new film as “an interesting and educational behind-the-scenes look at the struggles fellow independent artists go through in pursuit of their dreams.”

The film follows seven artists (two musicians, two filmmakers, two actors and one comedian) who become friends through a shared struggle to succeed in art industry

“It gives us an inside look at the tough lives of some up-and-coming independent artists.  As we watch them fight their way through the industries of music and film, we glean words of wisdom from successful veterans of the entertainment business,” said Duffy.

Industry greats such as Peter Fonda, Gilby Clarke and Eddie Vedder offer advice and insight throughout the film.

“Off The Boulevard” is available for pre-order at santofilms.com and BoondockSaints.com for $14.99 through September 7.