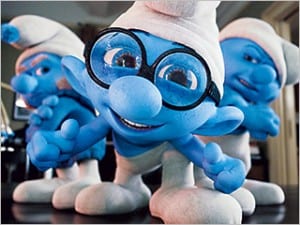 So, naturally, Sony has announced a sequel for the film, which is still fairly new in tehaters.

“Smurfs” for all its revenue, has gotten terrible reviews so far, but it earned $35.6 million on its opening weekend.