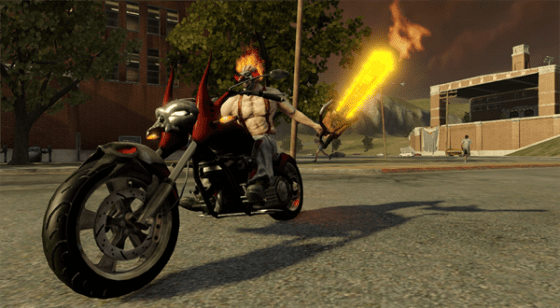 Series co-director and creator David Jaffe has announced that the highly anticipated Twisted Metal revamp won’t be making it’s expected October release date and has been pushed back to sometime in 2012. But don’t worry, Jaffe says it’s a good thing.

” I know. A lot of dedicated, supportive, passionate Twisted Metal fans have been waiting for the return of Calypso’s demented contest for a long time but the truth is: we’re just not ready yet,” Jaffe wrote on the Official PlayStation Blog. “Anyway – it sucks bad when games miss their announced launch dates. We’re gamers too and we know how annoying it is. It’s disappointing and frustrating and it really takes the wind out of your sails if you’re a fan that has been looking forward to playing a title for a long time. Thing is, you gotta trust me when I tell you that – with this extra time for tuning and polish – the game is going to be so much better than it already is. And if you played Twisted Metal and liked it at E3 or Comic-Con, or if you get to play it (and you enjoy it) at one of the August shows, just imagine how much more fun the final game will be with some extra time, polish, and love”

Jaffe closed out the post with a quote from legendary game designer and Mario creator Shigeru Miyamoto; ‘A late game is only late until it ships. A bad game is bad until the end of time.’