“I truly believe that there are a lot of people who need to go to jail,” said Thomas “Nephew Tommy” Miles. “But I think that there is way more people that need their ass whopped.”

Nephew Tommy, who is most known for his role on the syndicated Steve Harvey Morning Show, closes his stand-up comedy act with Tommy’s Ass Whipping Factory—his first client is Bishop Eddie Long.

Tommy describes his character on the morning show as “fun” and “loveable,” but on stage he will show you a different personality. “The guy you see doing stand-up is a 44-year-old man saying here’s how I feel about life…straight from the hip,” he said. 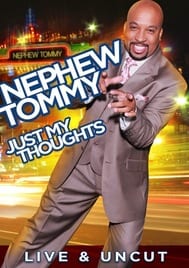 Tommy’s stand-up comedy special, “Just My Thoughts,” will be available on DVD and digital download July 26. By filming the show in Motor City Casino in Detroit, Tommy is following in the footsteps of great comedians before him such as actor/comedian Robin Williams.

His uncle Steve Harvey has also been instrumental in Tommy’s career. The name Nephew Tommy, which is now recognized by many, was derived from his relation to Harvey.

Tommy has been on the morning show with Harvey for 10 years and he has also toured with him across the country; but now Tommy is taking big strides and venturing out on his own. “I went out with Steve so many times and I was doing 20 minutes in front of him and I just had so much more to offer,” he explained.

Four years ago Tommy began doing stand-up comedy at small improv clubs with capacities between 200 and 350 people. He would do multiple shows on the weekends and come to the radio station on Mondays with a strained voice. Now, he sells out venues that hold thousands of people and only does one show per city.

“I was killing myself,” Tommy reflects. “But that’s what you have to do; you gotta go pay your dues.”

Although Tommy has achieved great success thus far, he has not forgotten his humble beginnings. He received his undergraduate degree in theater arts from Texas A&M University and says that for him, stand-up came second and theater was always first.

His career in stand-up began as the result of a friend encouraging him to enter an amateur comedy competition in his hometown. He won the competition, began performing more frequently and soon thereafter was asked to be the opening act for Luther Vandross. His first performance with Vandross was in Rochester, NY. 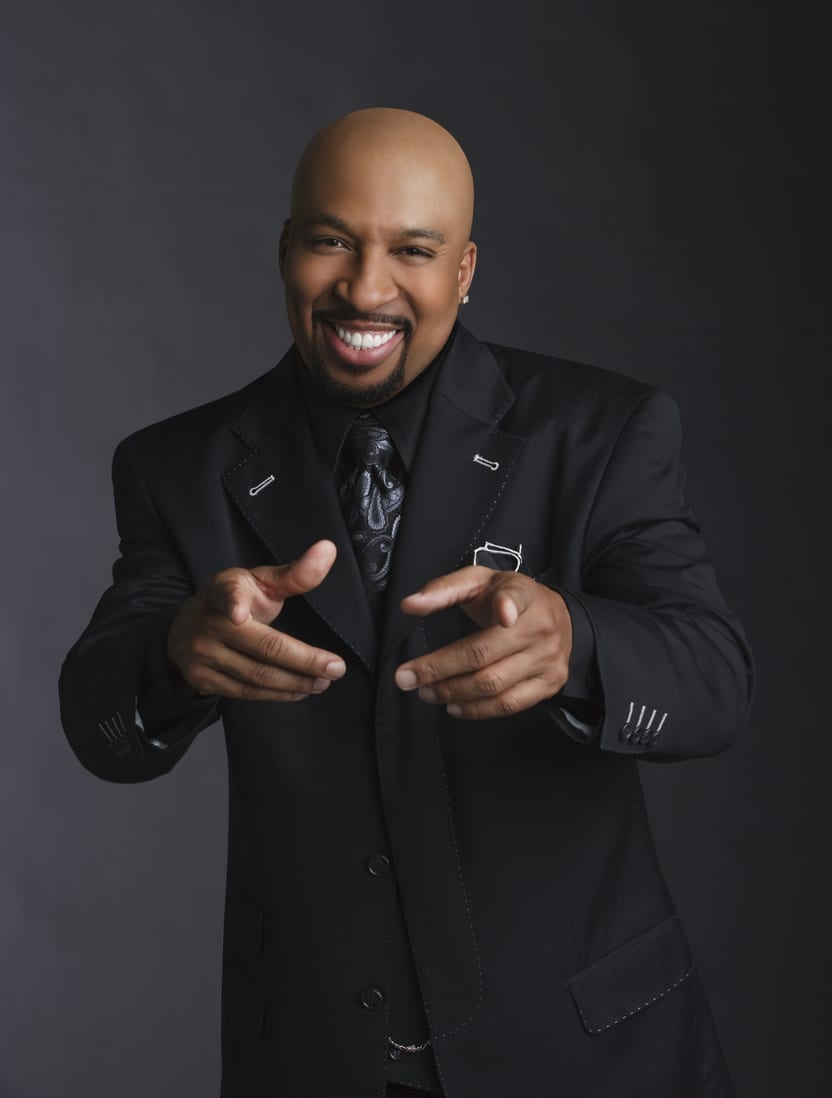 “All I can remember is after getting off stage and I have tears running down my face,” he recalls. “[I was] like ‘Wow I just opened up for Luther Vandross.’”

After touring with Vandross for three years in the United States and Europe, Tommy received a phone call from his uncle’s manager asking him to be on the Steve Harvey Morning Show for a week. Vandross’ tour, which was only supposed to be on hiatus for six months, never restarted.

“God gave me a job before I ever knew I needed a job,” said Tommy.

Currently, Tommy is proactive in securing his next move. He is already working on his second stand-up project titled “Life after 40,” which will be shot in October.

It seems as if Tommy is already doing just that. Earlier this month he hosted the Essence Music Festival for the second consecutive year. That, along with the popularity of his stand-up shows, is evidence that he is definitely winning in the fight against his age.

“I’m just getting started and I got a long way to go,” he said. “Get on the ride ‘cause I’ma take you somewhere.”