Let’s face it, Marvel’s video game offerings lately have been less than stunning. Thor, Iron Man and Captain America were all underwhelming to say the least, but the company has a major chance to redeem themselves in the form of next year’s blockbuster superhero team up flick, The Avengers. As a guy who grew up reading Avengers comics on a weekly basis, I’m going to make it real easy for Sega and Marvel, this is how you make an Avengers game, and make it not suck.

It’s got to be an old school beat-em-up:  I still remember my first time playing with the Avengers in the video game world, it was the Super Nintendo version of arcade side scroller Captain America and the Avengers. Multiple users pick members of the squad and punch, kick and use their abilities to defeat pretty much anything that came in front of them. I’m convinced that this is the only way to do an Avengers game justice. There will undoubtedly be an inkling by Sega and Marvel to put much of the emphasis on the big three of the Avengers; Captain America, Iron Man and Thor, but giving me the chance to play not only as the big names, but characters like Hawkeye, Nick Fury and Black Widow is what makes the Avengers so interesting in the first place.  How well do Hawkeye and Captain America work together? What can I do if I use Nick Fury and Thor together?

Take that formula and add the amenities that come with modern day gaming. Let me play with up to four people on the same screen or online. Give it drop in and drop out and let me bust some baddie skulls as Marvel’s biggest names.

Don’t let me play as the Hulk (at least not at first): Of course, there is another member of Marvel’s movie Avengers; the big green monster known as The Hulk (played by Mark Ruffalo). If Sega and Marvel want to have any chance in making a decent Avengers game, they’ll make the Hulk unplayable…well, at least at first. Rumors suggest that a good portion of the Avengers script is influenced by the first run of The Ultimates, the Brian Michael Bendis penned relaunch of the Avengers from a few years ago. In the arch, Bruce Banner is affiliated with S.H.I.E.L.D and the team, but becomes a problem when he Hulks out and goes on a rampage in downtown Manhattan.

Imagine how cool this would be in an Avengers video game. Now, I’m an admitted scale whore, but having a gigantic Hulk doing damage to an expansive New York City while you attempt to stop him by any means necessary. Nick Fury uses the Quinn Jet to launch The Avenger’s on to rooftops to try to latch on to the big green guy and take him down while Iron Man and Thor use their flight abilities.  In a perfect world, this section would have sections that resemble the battle with Chronos from God of War III, where your enemy is also the environment.

But what about after you take down the Hulk? In the comics Bruce Banner is imprisoned, but why not give gamers a bit of a reward for beating him?  This could be done in one of two ways, the first being making Hulk an unlockable character. The problem with this though is that making the Hulk playable all the time takes away from what makes him such a cool character; he’s not so big and strong all the time, and how boring would it be to play as wimpy old Bruce Banner? In fact, the game for the first Hulk movie with Eric Bana did that and it was all kinds of terrible. My suggestion is to use Hulk as a bit of special attack. Simmilar to that the nuke or RC car in the Call of Duty games, players would be able to call on The Hulk to do serious injury to their enemies and the environment in certain parts of the game. Imagine being over run by enemies only to call on a gigantic Hulk, who comes through and stomps and smashes your way through.

Put it on Xbox Live/PSN:  Now I’ll admit, I’m a bit torn by this one, as I want the game to have as much of a budget as it can, but I also know that I’ve been spurned by terrible Marvel games before, so I’m thinking people are going to need a bit of incentive to pick up yet another licensed game, and what better incentive than a bargain price? And plus, XBLA and PSN only titles are increasing in quality and budget incredibly lately, so there’s no reason to not do the Avengers in this way. There’s a stigma with movie tie in games, people know that odds are, they’re going to suck, and going the Xbox Live Arcade and PlayStation Network route, much like the game adaptations of Battle for L.A. and Scott Pilgrim VS the World did offers all the gaming at very low buy in risk. 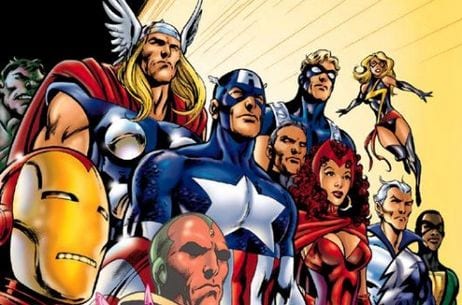 Give me fan service, and lots of it: From Captain America, to Iron Man and Thor; there’s a lot of history with the characters of the Avengers, why not throw a few bones to the fans? Unlockable classic and alternate costumes, new characters, new abilities. Hell, give me alternate versions of characters like the old school version of Nick Fury (you know, the one played by David Hasselhoff in that terrible movie), a classic Iron Man costume or even red Hulk. There’s a lot of room for creativity with the Avengers characters and their lore, it’d be a shame if Sega didn’t take advantage of it like in recent games.

Well, that’s my list. What do you want in an Avengers game? Blast Magazine — Assemble!