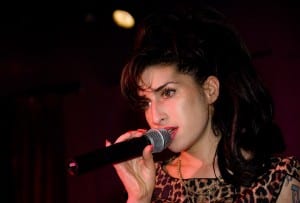 “On arrival, officers found the body of a 27-year-old female who was pronounced dead at the scene,” a police statement said.

Winehouse had been a soulful singer whose American popularity came to a head in 2007 and early 2008. By age 24, she had already won six Grammy Awards.

But perhaps no singer in American popular culture history has appeared in the spotlight and fallen from grace so quickly as the wispy Winehouse. Her success in the United States barely established itself before her addictions got the better of her.

Winehouse battled drug addiction for years, to the point where he affected her onstage performances. She had recently been booed off stage at European concerts for stumbling around and even forgetting lyrics to her songs.

She ended up canceling her European tour after a disastrous performance in Belgrade in June.

No cause of death has been released. Police are investigating it as an “unexplained” death.

With the numerous resources about alcoholism that are available online, you can figure out how you can help an alcoholic friend or loved one while it’s not too late.