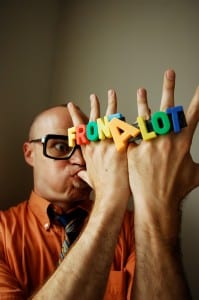 Damian Hess, better known as MC Frontalot, is making a classic “Revenge of the Nerds” shift in the music industry as he sets the date for his new “nerdcore” album Solved to release this upcoming August 23rd.

Hess’ take on this sub-genre of rap consists of tracks such as “Front The Least”, “Captains Of Industry,” and “Victorian Space Prostitute.” The Godfather of Nerdcore Rap presents traditional music collaborations with artists like MC Lars, Doctor Awkward, and ZeaLouS1 to those who are interested in something more than mainstream or underground rap.

Solved features three skits throughout the album that function as musical devices to cut the tracks into story-telling acts. Kristen Schaal, Eugene Mirman, and Wyatt Cenac, all voices that contribute to these skits, accomplish Hess’ goal of turning the album into a concept record.

“I played around with ideas that would have a story running all the way through the album,” Hess said. “It’s a theme record with the idea that all solutions are hacks and nothing is finalized.” 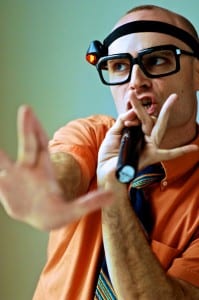 With a little touch of keyboard to kick start the writing process and a melody for a hook, Hess creates a ‘fantasy dimension’ that speaks to the genuine dork deep down. A lot of the themes brought up in Solved are overlooked in other segments of hip hop and lack the emphasis on popular themes used by mainstream rap artists.

Hess described the correlation between the music industry and the t-shirt business that he raps about in “Captains Of Industry”. He says the theme speaks to people who struggle with balancing art and commerce.

“In the music industry people point out that it’s the industry of little trinkets that surround the music,” he said. “The struggle is once lost because we have to spend so much energy making sure our t-shirts get sold, but it’s also won because we get to make our music.”

Hess is in the process of producing music videos for the tracks “Critical Hit” and “Stoop Sale.” He predicts that he will release at least one more album after Solved before retirement comes into the picture. 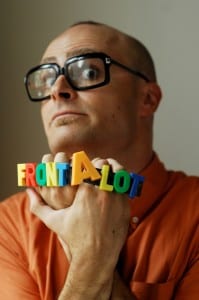 The interaction with fans makes issues like money worth the trouble at the end of the day. Hess talked about the rewarding feeling he gets every time that he has the opportunity to travel and chat with the people who are genuinely interested in his music. One fan went so far as to build a six foot tall trophy for Hess to use as a prop while he performs one of his older tracks “Braggadocio” from Nerdcore Rising.

MC Frontalot will begin his national tour August 13th and it will extend through September 10th. The nerdcore sensation will tour in England with the band Wheatus and return to the states to complete the remaining three weeks of his tour.