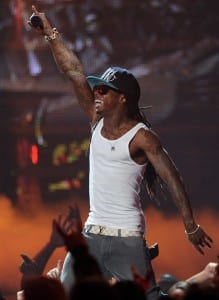 Two of rapper Lil Wayne’s back up dancers were charged with assaulting a waitress at a restaurant inside Westfarms Mall in Farmington, Conn. Sunday night.

Jennifer Slaughter, 24, of Auburn Hills, Mich. and Della Hamby, 26, of North Hollywood, Calif. allegedly punched and pulled the hair of a waitress at P.F. Chang’s, where the two were dining. The dancers were in town for rehearsals for the northeast par of Lil Wayne’s “I Am Still Music” tour.

Both were charged with third-degree assault and breach of peace.

Neither of the dancers participated in Lil Wayne’s concert Wednesday, according to spokeswoman Sarah Cunningham.