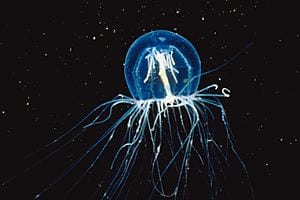 STATE COLLEGE, Pa. — AccuWeather.com — Nuclear facilities have become a target of Mother Nature this year, from the tsunami in Japan to recent flooding in Nebraska and the wildfire threatening Los Alamos National Laboratory in New Mexico.

Now jellyfish have prompted the shut-down of two reactors at a nuclear power plant in Scotland. Higher-than-average temperatures in the North Sea may be a factor.

The BBC reported that masses of jellyfish were obstructing the cooling water filters of EDF Energy’s Torness nuclear power plant Tuesday. The sea water is needed to ensure safe operations, and the filters act to prevent sea life and seaweed from entering the cooling system.

Efforts to clear the filters have been under way, but the reactors may not be back online until next week. EDF has reported no danger to the public or impact on the environment.

Jellyfish have been a problem for nuclear power plants in Japan in recent years as well, according to the BBC.

By Heather Buchman, Meteorologist for AccuWeather.com