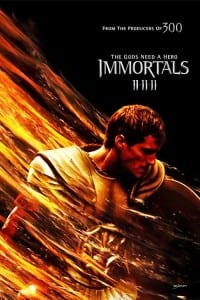 The official trailer for “Immortals” was recently released. The film comes from the producers of “300,” Gianni Nunnari and Mark Canton, and will hit theaters nationwide on November 11.

The 3-D film is directed by Tarsem Singh (“The Fall”) and tells the story of an ancient Greek king searching for the Bow of Epirus and a young villager who challenges his quest.

King Hyperion is played by Mickey Rourke (“The Wrestler”) and the villager, Thesus, is played by Henry Cavill (“The Tudors”). Hyperion and his army are ruthless in their search of the weapon and kill Thesus’s mother during a village raid. Thesus is then determined to stop Hyperion in order to avenge his mother’s death and protect all humanity.