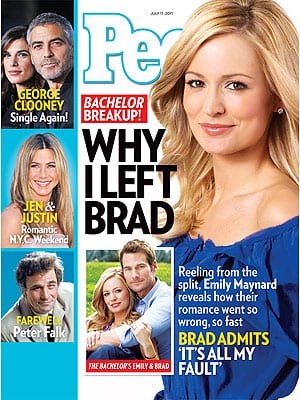 Apparently it’s harder than it seems to fall in love with a perfect stranger that you met on television while millions of people watched.

“We’re no longer engaged,” a crying Maynard told People magazine after an interview with “Bachelor” host Chris Harrison, scheduled to air during the July 11 episode of “The Bachelorette.”

The 25-year-old single mom from North Carolina has been hounded by press and photographers pretty much since she appeared on television.

Womack, 38, told People “the demise of our relationship was completely my fault.”