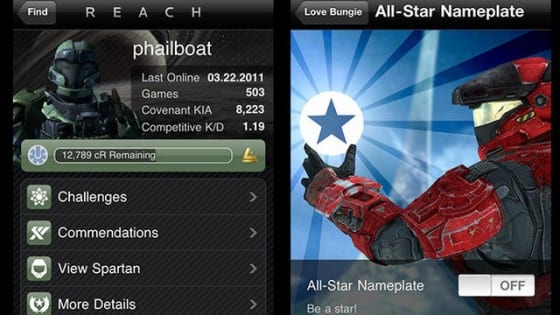 When it was first announced, Halo was supposed to be a Mac exclusive. Ten years later and it’s the biggest franchise on Microsoft’s Xbox. Welcome home Bungie.

Today, Bungie releases Bungie Mobile, a free app for iPhone and iPad. Just what does it do? Well, as of right now it just serves as a social networking service for the studio’s final Halo title: Halo: Reach but the company’s blog promises big things including “plans to keep updating Bungie.net Mobile with new features and enhancements in the months and years to come.”

Just what that means? We can’t be sure, but expect it to be incorporated into the company’s new game with Activision.