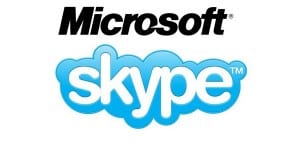 Sometimes even executives have a bad day at the office. Skype, the video chat service that allows you to talk to anyone around the world with a computer, a camera and a microphone, is closing in on a deal with Microsoft and fired several executives to make a sweeter deal with the company this past Monday.

Why? Well according to Bloomberg, firing them now, before the deal is final will actually reduce the actual value of their payouts. Ouch. Talk about company sincerity.

Skype even let go Allyson Campa who just started with the company when they acquired Qik to boost their already popular video chat service.

If the execs had stayed around until after the deal closed with Microsoft, then their stock options would be worth more, so Skype and Microsoft save money by firing them now, Bloomberg reported.

The acquisition was approved on Thursday, by the Department of Justice $8.5 billion.